Posted on August 21, 2014 by Jolena @TheRubyKitchen

The birthday party for a one year old really has become quite the affair over that past several years. The planning, guest list and games – it has become similar to planning a baby or bridal shower. All of that work and in reality they will not remember a thing about it. However, for the family and friends it creates some amazing memories to look back on when the child is older. To me, a large part of life is about sharing love and joy with others. What better way than to create a giant cupcake for a one year old to crush in a matter of minutes? 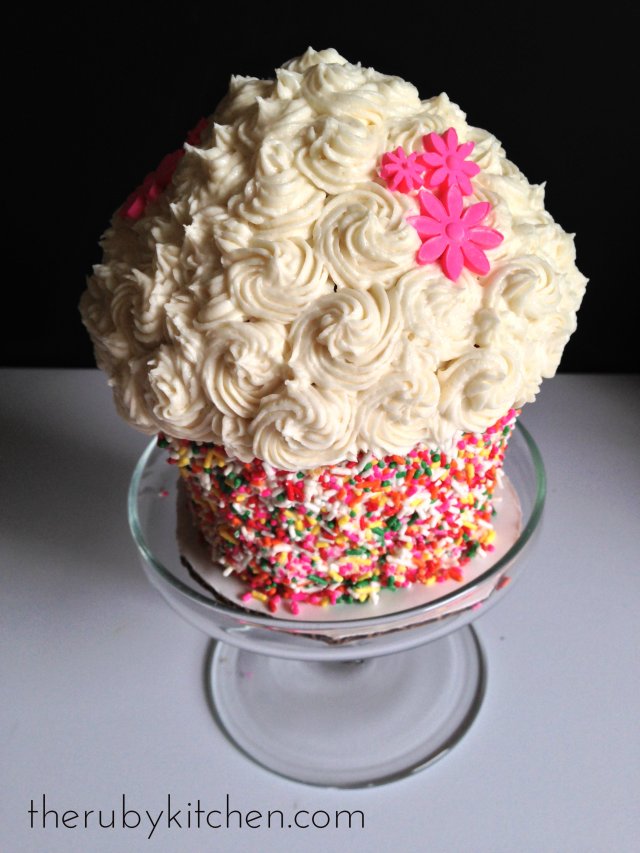 This is not a recipe for cake because I (gasp!) used a boxed mix due to the volume I was working with. I did however manage to take a few pictures of the fun process and will share the buttercream recipe and assembly. I used this cupcake pan and it really crated a great size and baked perfectly. This was done on day one. 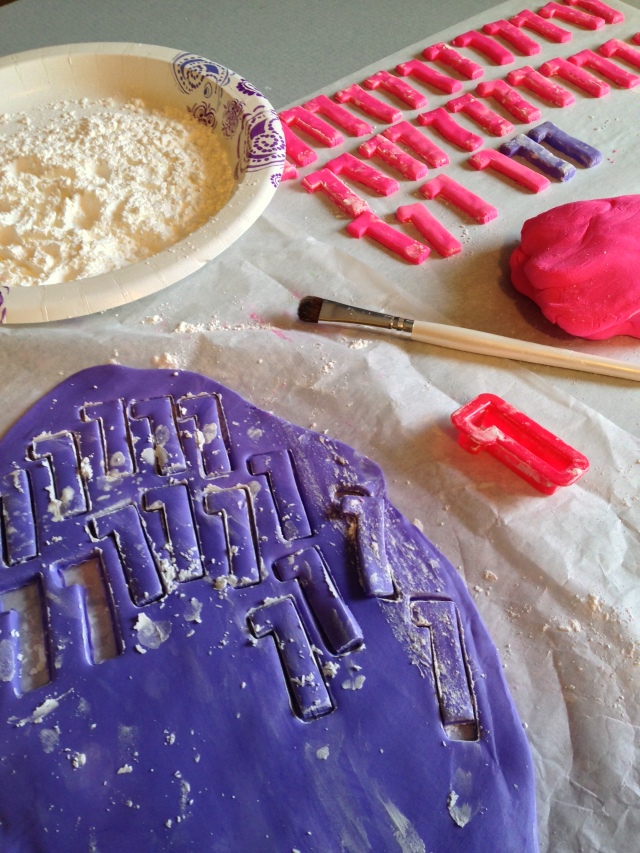 Day two I planned to complete the entire thing but after baking and decorating 72 normal cupcakes (with the help of a dear friend) I was just tired of looking at sugar and cake for the day. For the bottom half of the cupcake I frosted and diligently smashed sprinkles into it with an extra set of hands (the mess I was making was unreal). In hindsight I would have frozen the bottom half first and used cardboard rounds on the ends to help “roll” it in the sprinkles. Live and learn. 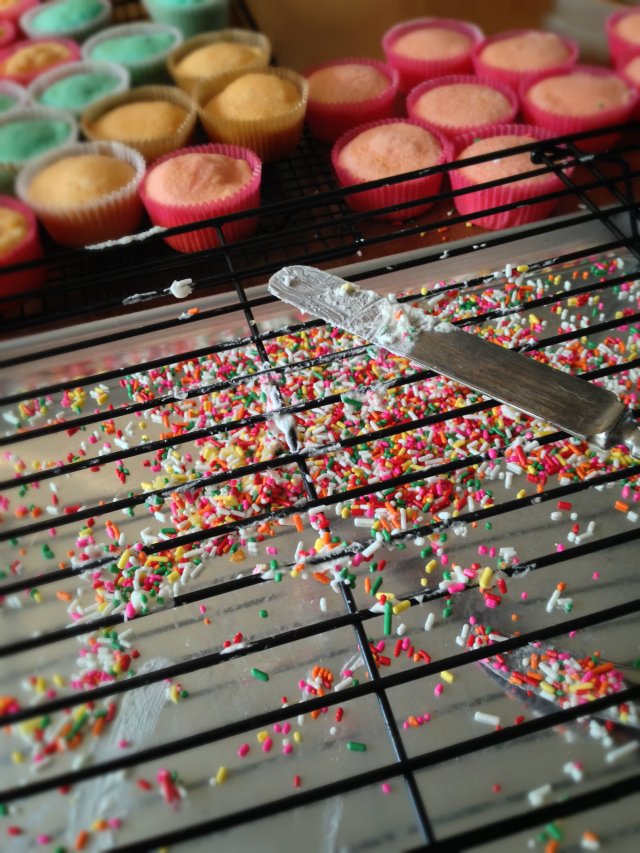 On the day of the party I placed the bottom half on the cardboard round and spread a nice dollop of frosting on top to adhere the “frosting” half of the giant cupcake. I piped rosettes using the #31 closed star tip starting on the bottom and slowly working to the point at the top. 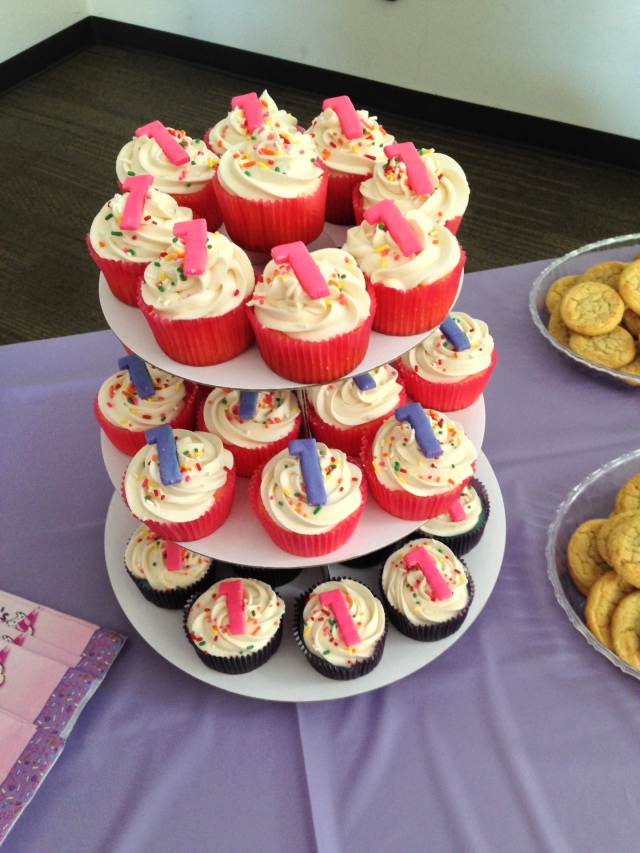 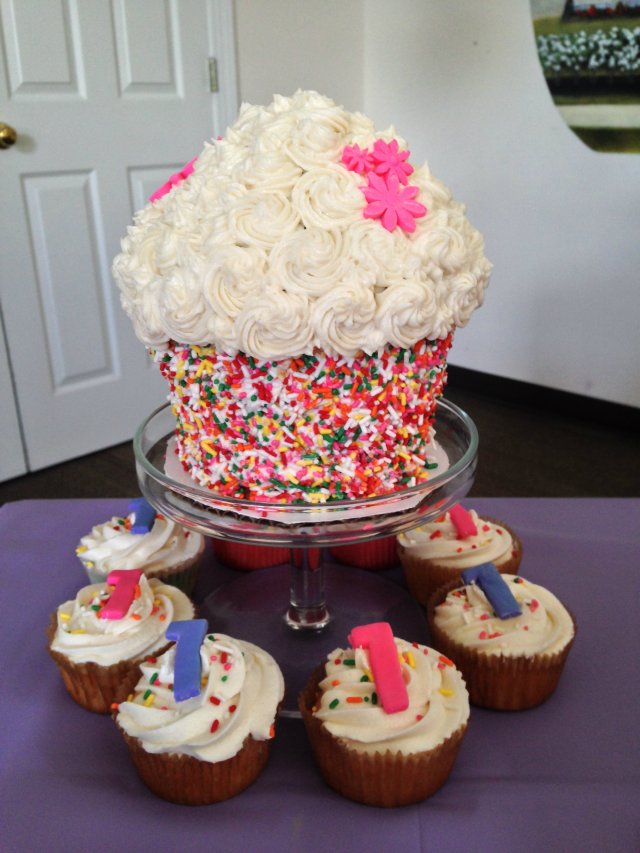 There is nothing quite like watching a one year old completely demolish the cake you spent over two days working on. To see the glimmer in their eyes and delighted giggles each time they grab a handful and dutifully smash it in their hands and mouth…that to me makes is worth it. 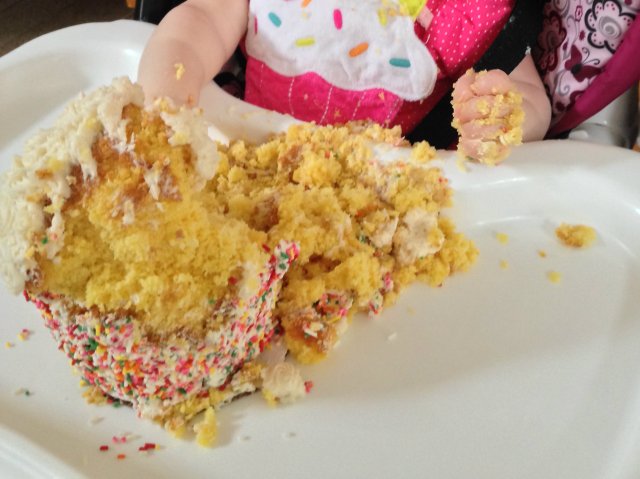 *I always store this covered at room temperature 1-3 days. You can certainly refrigerate, but will want to remove about half an hour prior to serving so it can soften.